Against the unparalleled backdrop of Everest and Nuptse, the late November sun warms the glaciologist slightly as he prepares for an unmanned aerial vehicle (UAV) survey flight. From his coat pockets he pulls batteries that desperately need to stay warm for full power: batteries for the laptop, camera, and UAV that have been stored in his sleeping bag overnight, when temperatures plummeted below -20 C. He checks the wind. He sets up the flight on his laptop, sends the details to the UAV through a radio transmitter, and heads to the nearby launch location. At 5,350 m above sea level, the air has less than half as much oxygen as at sea level, and it can be difficult to launch the UAV as the air pressure is so low. He breathes heavily — partly due to the oxygen depletion, and partly due to nerves. With the UAV in his hands, he starts the motor, heart racing as the propeller whine reaches an intense pitch. He steps forward to throw the UAV and start the flight. He hopes.
In collaboration with Dr Patrick Wagnon, visiting scientist at ICIMOD and researcher at L’Institut du Récherche pour le Développement (IRD, France), and Dr Dibas Shrestha, Research Scientist at the Nepal Academy of Science and Technology (NAST), ICIMOD Glacier Hydrologist Dr Joseph Shea joined a recent field expedition to Sagarmatha National Park (http://www.icimod.org/?q=20187) to conduct UAV surveys of several glaciers in the region. A total of 730 photos were taken from the senseFly eBee (www.sensefly.com) UAV over six successful flights, and the team collected 56 high-precision ground control points to be used in post-processing. The research may have also set an unofficial eBee altitude record, with a maximum flight elevation of 5,900 m. However, the flight conditions were difficult given the altitude and the unpredictable winds, and the eBee was damaged during the course of the fieldwork.
Data obtained during the research will be used to construct detailed mosaics and elevation models of the study sites. Comparisons of the UAV datasets with satellite imagery and terrestrial photography will be used to examine rates of glacier change, glacier flow velocities, and the role of ice cliffs and ponds in the melt rates of debris-covered glaciers. The research was funded by the UK Department for International Development (DFID), ICIMOD, and Utrecht University. The eBee was generously loaned by FutureWater (Netherlands), who have been assured that it will be sent back to the factory for repairs and testing.

Our research team member Arthur Lutz has recently been promoted to Dr Lutz after a successful PhD defence in Utrecht. Congratulations on this achievement!

Have you always wondered what these prestigious, multi-million euro research grants from the European Research Council (ERC) are all about? Are you […]

Time-lapse video of melting snow, which was due to two days of continuous precipitation from Cyclone Hudhud, October 2014 field trip to the Langtang […] 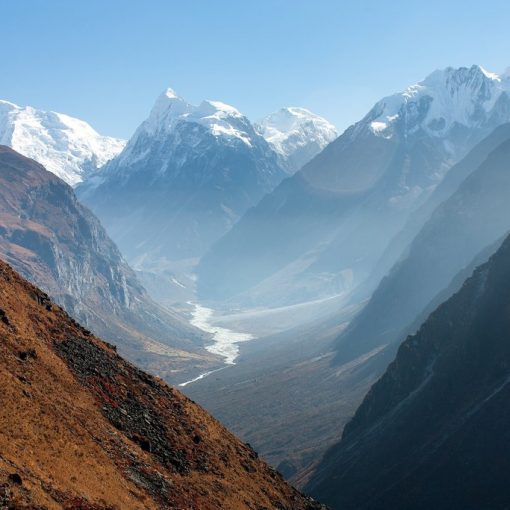