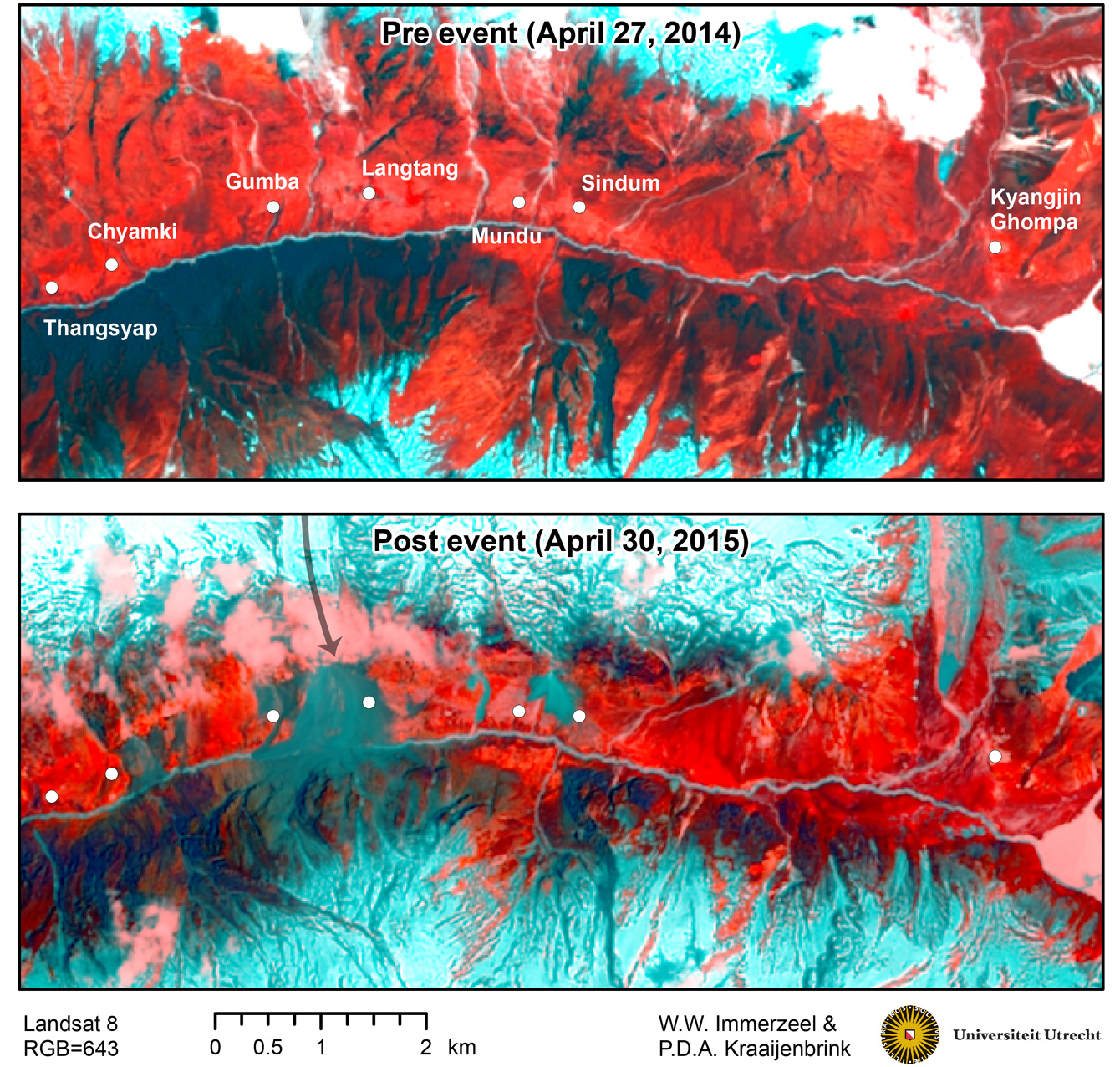 The magnitude 7.8 Gorkha earthquake that struck Nepal on April 25, 2015, caused extensive damage in Kathmandu Valley and severely affected Nepal’s rural areas. The Langtang Valley in the Rasuwa district was particularly hard hit, as became apparent after pictures taken by a rescue helicopter mission on April 26 (link). […] 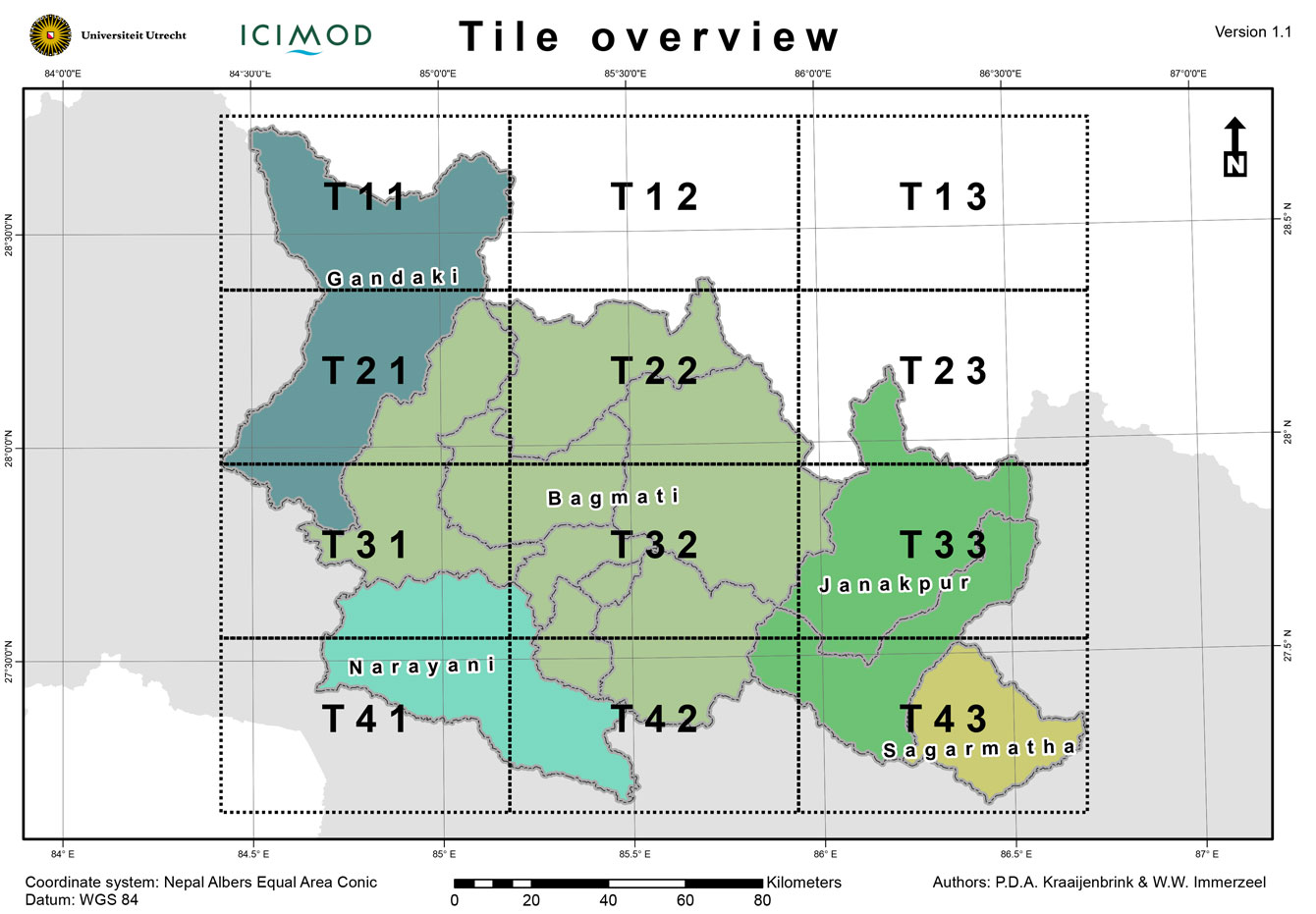 There is a great demand of supporting spatial data and accurate maps to guide relief work in the areas most affected by the earthquake. We have generated some base maps that can be used in the field and may aid in assessing where to focus earthquake relief in the rural areas of Nepal. The […]

The earthquake of 25 April has presumably triggered a large avalanche / landslide which has buried the Langtang village under debris. On 25 April during the earthquake a helicopter of Simrik air was on its way to Langtang and Jason Laing on board of the helicopter made a picture of […]